One year after the beginning of the Mission Microbiomes and the CEODOS project, the scientific schooner Tara will be back in Chile for a week in Punta Arenas, after the Tara’s Antarctic Mission in the Weddel Sea. In the context of important partnerships and projects involving the Tara Ocean Foundation and Chilean Institutions, some meetings and public events will be organized with the participation of scientists from AtlantECO and CEODOS, two scientific projects in the basis of the current Tara’s Mission Microbiomes. We will also hear from local Institutions about the National Antarctic research strategy and about the need for concrete actions on the ocean & climate nexus after the last climate COP26. 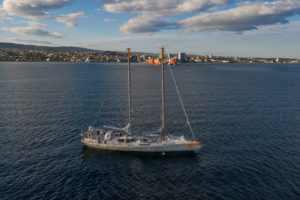